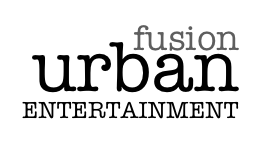 I Just Found Out About Love

You're All I Need To Get By

Look To The Sky

Chicagoan Sarah Marie Young is one of those natural talents you know can go in any direction she chooses. If she wants to follow the path of the classic jazz singers, she has the skill and sophistication to do that, as witness her prize winning performance at the 2011 Montreux Jazz Competition, judged by Quincy Jones, who spoke publicly of her seemingly effortless vocal range and ability, or her achievement as a semi finalist in the 2010 Thelonious Monk Competition. If she wants to pursue a career as a pop-soul singer and also show off her prowess at the piano, or her catchy originals on baritone ukulele, she has the chops to make that happen. Bruce Lundvall, former CEO of Blue Note records claims, “…She has a unique sound that fits in any style; her own voice. I know without a doubt her career will be taking off.”

Whatever style or styles she embraces, she is always served by her appealing stage presence. One only needs to see her smile to know they are part of something special. Sarah’s upcoming album Too Many Februaries, slated as her breakout solo album, drops in December 2012.